The IPC Alumni has partnered in a Asian-European partner project funded by the European Commission abou youth involvement in politics. The object of the project is to understand and develop a framework for involving youth in policy making processes on a legislative level. The research part og the project takes place in the Philippines – organised by our partner organisation IGEEI (Institute for Global Education). These days three members of the Alumni organisation, Lars Heidtmann, Lea Kielsholm and Marie Smidstrup are placed in three different locations on the main island, Luzon; in Manila with the National Youth Commission, in Tanya Rizal with a young Mayor’s administration and in Candon, Ilocos Sur with a young council member in a City Council.

Here is an article from Marie about her first days in the position as job shadower:

It has now been five days since we arrived in Candon in the middle of the night after half a day of transportation from Tanay, Rizal, passing Manila and going North. After having warm ‘pandesal’ at the bus station, we were welcomed and picked up by Nigel Rances, who took us to our accommodation. She has been with us every day since then as our chaperone and pond of information. Aneta Cisakowska, my Polish colleague, and I are the only two ones assigned in Candon (even though, as we have learned throughout the days, there is plenty of things to look into for much more people). This means that almost every day has been a full day schedule (9am to 9pm) filled with visits to farms, barangays (village/neighbourhood), City Hall etc etc etc. 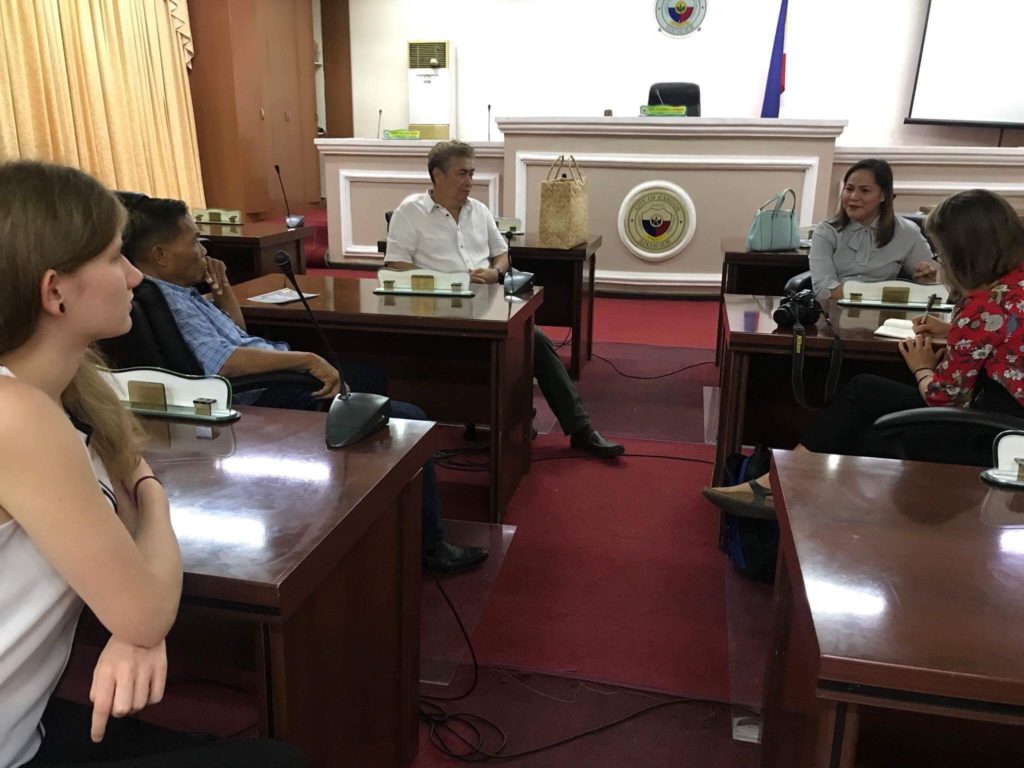 The politician we are shadowing is Joanne Valdez; a young politician elected to the City Council in Candon during the elections in 2016, when she campaigned alongside her father, who ran for mayor. Unfortunately Mr. Valdez was not elected, which resulted in Joanne being the only councillor who is not a part of the Mayor’s administration (which in this city roughly means to not be related with the mayor). This arrangement means that whatever resolution or measure that Joanne Valdez tries to file; fx an intensifying on HIV/AIDS awareness and education, creating of a youth development office and council and to live stream the City Council sessions so the youth could participate from distance, the council will not pass them (or as of now, it has not happened yet). She also does not get invited to meetings in the committees she is a part of. It should also be mentioned that even though there are around 30 committees and 12 councilors, Valdez has not got any committee chairmanship. Despite of this, as we have observed, Valdez still keeps on showing up to all sessions (even when they are suddenly cancelled), proposing new resolutions and following up on cases.

Back in June 2016 Valdez created the organisation Candon Youth Movement (CYM) to activate and engage the youth in the barangays of Candon. CYM consists of approximately 200 young people and senior youth (associates of 30+ years) who want to do projects and develop the local community. One of their projects is to redefine farming as a profession that young people also would want to pursue. In the Philippines farmers are usually more than 50 years of age, so soon the farmers will be too old to continue their work. Therefore CYM has the ‘farmbassador’ project which educates young people in Candon about farming with the help of senior youth, who has much knowledge about farming. The education has a practical approach and CYM has an established, organic farm with rice, vegetables, pigs and fruits. They use vermicultured, organic fertiliser (partly because the set budget for support for farmers from the city does not reach the farmers in reality). CYM also conducts HIV/AIDS seminars, development projects among the poorest in the community and leadership training of the young members of CYM. It is a very impressive organisation and quite educational for us job shadowers. The CYM was also established as a way to activate the youth in the absence of the Sanguniaang Kabataan (SK) – a youth council which should, due to the Republic Act 7160, be effective on barangay, municipality/city and provincial level as a political that advocates for youth in the regular councils on all levels. Since 2013 the SK elections has been postponed, so as of now there is no active SKs. Let us see if the elections scheduled for May 2018 will be held. 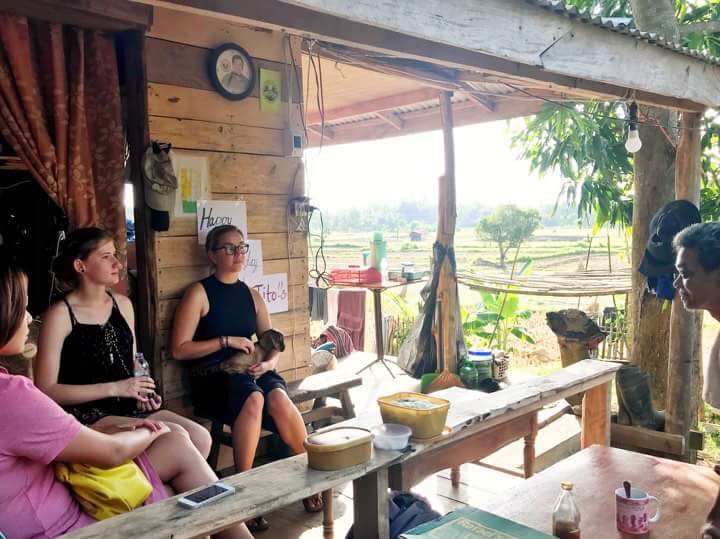 In these past five days my colleague and I have shadowed Valdez on her work at the City Hall, to social events and to community visits (at people with diasbilities, people supported with ‘4P’ – a governmental financial support programme for the poorest in society, etc) where she inquires about their needs so she can advocate for them at the City Council or though CYM. We have been shortly featured in a local radio programme, attended and HIV/AIDS seminar conducted by Nigel Rances, met a tobacco farmer, met family and friends of CYM and Valdez, conducted interviews and tasted amazing Filipino food (although being a vegetarian in the Philippines is not easy!). On Wednesday we were supposed to attend a City Council session, but it was cancelled the day before due to too many absent councilors. We hope to attend the next one before we have to leave in two weeks time. 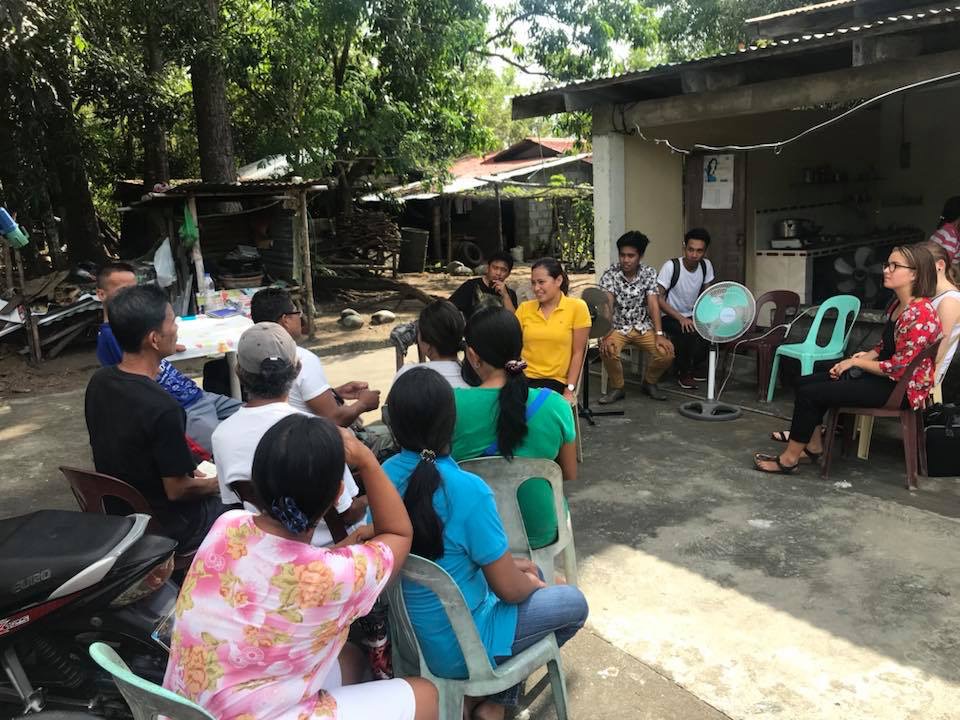 Attending a meeting with a group of people with disabilities.

I am learning a lot about the political reality of the Philippines, Filipino culture and people and as an extra bonus; a lot about the methods and nature of my field of study, which is anthropology. I am looking forward to what the next days will bring!

Youth Policy and Action; Update from the field vol. 2